Studying to launch a new career

Next
Studying to launch a new career 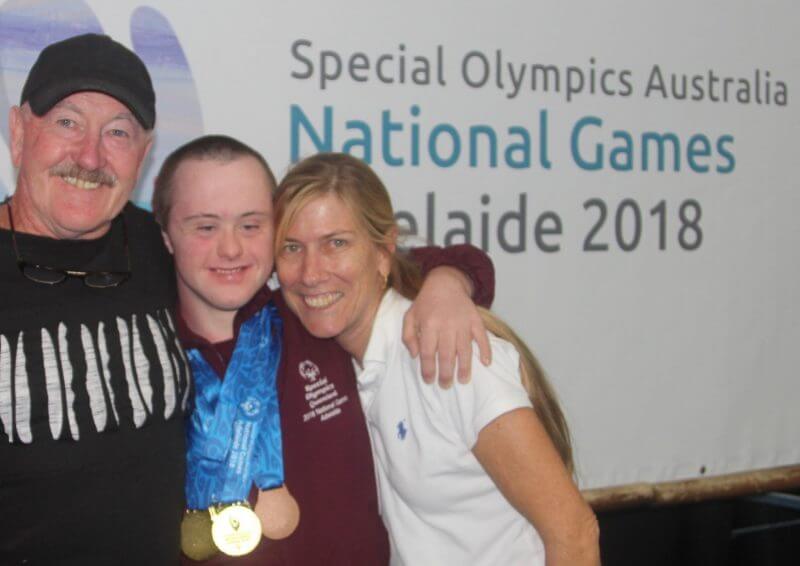 For Kim, 56, one of the most exciting things in her life has been watching her son Dominic compete at the Special Olympics Australia National Games in Adelaide last April.

Among the other 1,000 Australian athletes, Dominic won two gold medals while representing Queensland in Men’s Gymnastics in Level 1. That moment sticks with her.

Gymnastics is everything to Kim’s family and they are all very proud of Dominic’s achievements.

Dominic has Down syndrome. He will be 19 in August and Kim has always been his fulltime carer.

She is a mother of two, a wife, and now a student completing her Certificate III in Individual Support (Disability); a program offered by Carers Queensland to support carers on their transition to work.

Kim joined Carers Queensland five years ago and in March this year, she started her course at Zillmere Community Centre in Brisbane.

“Now that Dominic’s getting a bit older, I thought it would be good if I just get back into the workforce, maybe just casual, two or three days a week,” she says.

“Considering I have 19 years of experience with a person with a disability, I thought it was a good idea, and then Carers Queensland put out an offer to do the training and everything just fell into place.”

Dominic is on his second year out of school and has started doing more things independently. Kim still helps him with his personal care and transports him to wherever he needs to go.

“He is a Special Olympics athlete. He’s been doing it since he was four years old. Five days a week, he has to be somewhere, participating in gymnastics or other activities. He does gymnastics coaching so we go to the gym every day.”

“On Saturdays we also go to a Disability League for tenpin bowling which he really enjoys. He came first last year in the league, so that was another bonus. He is pretty busy, which makes me pretty busy,” Kim says.

Some days there is not much room for anything else, but Kim has managed to fit in her work placement hours. Overall, she is truly satisfied with her new career path.
“I feel really good about my training.”

“I have started my 120 hours of work placement at a disability services provider two or three days a week. I try to fit it in where I can with my son’s needs. I’ve done about seven days so far. I’m really enjoying it.”

“Carers Queensland’s trainers are great. They are very helpful in any support that you need. I find that they want you to succeed. They are always willing to do extra training times for you and go out of their way to help you get a placement and things like that. I could not be happier.”

Kim describes herself as a very independent and positive person. She feels very confident about her training and the possibility of going into paid work after she finishes in October. She used to work in retail management before having to care for her son.

“I know a lot of the practical things; I understand that because I have been exposed to it since my son was born. It is just more the theory that I have to work my way through and it hasn’t been a problem so far.”

“When I finish my training I would like to do some casual work with a disability services provider or some private caring during the week. I know the industry is growing and I think it is a good opportunity to get in.”

Kim feels happy with where she is at right now. She loves doing things for herself but also helping her family. She likes to see her son excel at a sport he enjoys and she will continue to support him.

“I wanted to do all this for myself and to improve my son’s independence. I am working towards that one big goal: making him more independent so he can live the best life that he can.”

To view the Spring edition of the Carers Queensland TOGETHER magazine, click here.